On Sunday, April 4 marks the birth of the leader Abdullah Ocalan. In this regard, the Kongra Star Coordination issued a written statement.

“We welcome the birth of leader Ocalan under conditions of detention, isolation and extreme violence, Ocalan leader has been capturing in Imrali Island since 22 years, he will be 72 years old. As the Kongra Star, we condemn once again the conspiring forces, and we congratulate April 4 to all women, the Kurdish people, and all the peoples of the Middle East. “

Kongra Star indicated that April 4 is not just a birthday, and continued: “April 4 does not represent the end of denial and slavery only, but rather represents a new concept, philosophy and a new form of life, and expresses the struggle in the history of the Kurdish resistance, and represents the basis of its existence and the building of a free life.”

He added, “Leader Ocalan made the women’s revolution that appeared in our geography today possible, and inspired it around the world by promoting women’s liberation. The trees that are planted on April 4 every year are a symbol of the depth of the struggle for the free life of women and peoples.”

Kongra Star pointed to the tight isolation of the leader Abdullah Ocalan in Imrali, saying: “We want to emphasize that our struggle today in general is to end isolation and torture in Imrali, our resistance is not only to break isolation, but for complete freedom. As Kurdish women, we will not accept a life other than a free life with leader Ocalan, and through our struggle we announce that we will end all the dirty policies and tricks of the Turkish special war state and the NATO forces. “

Kongra Star concluded by saying: It will intensify its struggle for the freedom of the leader Abdullah Ocalan, adding, “In order to turn April 4 into a feast of freedom, we must support women in all walks of life, and break the isolation of the Imrali and the system of torture in order to be able to live freely with the leader. “ 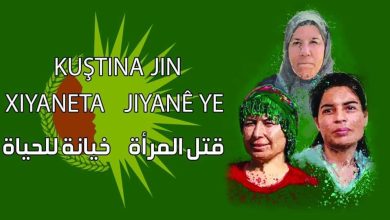 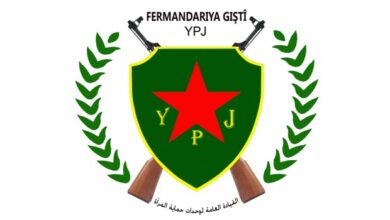