Three years after the attack and occupation of the Afrin region, whose people showed unprecedented resistance and responded to all forms of violence, from attacks with heavy weapons to bombing by the Turkish air force. This resistance, which extended from the border villages to the city centre, was characterised by the steadfastness of its resistance fighters and lasted 58 days, marked by the courageous struggle of those martyrs such as Avesta Xabûr and Barîn Kobanê.

The Turkish state was able to occupy Afrin only after using the heaviest weapons and tens of thousands of jihadist mercenaries, within the ranks of the so-called Free Syrian Army, and under the cover and silence of the international community. Exactly at the point where international interests converged and led to many deals and agreements to divide parts of Syria among themselves. All this happened at the expense of the Syrian people who were forced to flee by the occupation after suffering from the violence and crimes such as looting, bloodshed, war crimes, destruction of ancient places, cutting down trees, demographic change, banning of their own mother tongue, imposing the Turkish language.

It is known that before the occupation, Afrin was one of the most stable and secure areas, characterised by cultural diversity and coexistence, as well as a refuge for the displaced people from the Syrian interior who came to Afrin as a result of the long-lasting war. Moreover, the social project of the autonomous administration was one of the best solutions to the ongoing war in Syria to eliminate all forms of racism and religious fundamentalism.

Therefore, the Turkish state has tried all means and methods to defeat the democratic project in the region, as it is a threat to those authoritarian and dictatorial regimes. The Turkish state has shown its true face with its invasion and atrocities. Because after the Islamic State (ISIS) was defeated by the fighters of the QSD / SDF, the YPG and YPJ, the Turkish state showed itself as the highest representative of ISIS, with the aim of destroying our revolution.

However, the Turkish state is not satisfied with this occupation and continues its attacks in order to achieve its aim of destroying the project of democratic autonomy. Thus, it occupied the areas of Serêkaniyê and Girê Spî / Tel Abyad and continues its attacks on the regions of Shehba, Ain Issa, Zirgan and Til Temir. All this in front of the eyes of the world, as well as those institutions and bodies that are committed to human rights but have remained silent. They have remained silent and have done nothing.

We condemn and denounce these international organisations as well as human rights bodies that by their silence support the occupation, the systematic ethnic and cultural genocide that is taking place in the region as well as the demographic change, forced displacement and violence that is happening every day to the people of Afrin, against the land and the people, thus extending the threat to the other regions. Therefore, we call on these human rights bodies to intervene and fulfill their humanitarian and human rights duty and work to end the occupation, allow the people of Afrin to return to their homes and ensure their safety and protection.

As the women’s movement Kongra Star, we promise to strengthen our resistance and struggle until the liberation of Afrin, Girê Spî and Serêkaniyê, to protect the achievements of the women’s revolution and defend the security of Rojava, to follow the footsteps of the martyrs, to continue their path and to continue building the project of the democratic nation and to live communally with all societies in the region.

Our struggle continues: “No to occupation and genocide! We defend women and life!” 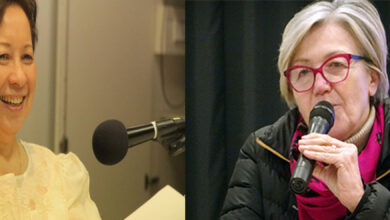 From Philippines to France, a message for Woman’s Revolution: “Victory is certain” 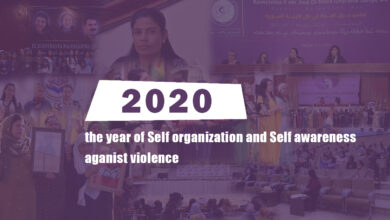 ​​​​​​​2020 the year of self-organization and self-awareness against violence 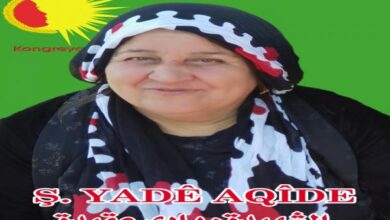