In honor of this November 25th, the International Day for the Elimination of Violence Against Women, we would first like to greet all revolutionary women who are fighting for freedom in the home, on the streets, in the prisons, and on the frontlines. We would especially like to extend our warm greetings to the women of Eastern Kurdistan, Baluchistan and all of Iran, who have been setting a new standard for resistance under the slogan of Jin, Jiyan, Azadi (Women, Life, Freedom). We also remember all the women, from Kurdistan to Afghanistan, from Mexico to India, who have lost their lives to the violence of the male-dominated state. As Kongra Star, we are building up our struggle under the slogan “Against all forms of state violence and the patriarchal mindset: Women, Life, Freedom” and we call on all women around the world to take their place in organizing.

In our times, this mindset is again gaining ground around the world. The patriarchal system and its ideology, sexism, are waging a special type of war against women. There is a concerted effort to roll back the achievements and rights that women have won has a result of consistent struggle. There is also an effort to eliminate the women’s movement entirely by integrating it into the existing system, leaving the women’s resistance decimated and without leadership.

In this moment, the attacks of the patriarchal system, which are being carried out at the level of a systematic war, reveal another truth: there is a real opportunity for the success of a women’s revolution, and it makes the male-dominated states afraid. This moment in time requires a women’s revolution. From the Rojava revolution to the uprisings of Eastern Kurdistan and the Iranian people, this truth is spreading out from Kurdistan to the entire world. The slogan, “Jin, Jiyan, Azadi,” is the magic formula of the women’s revolution. It tells us that liberating life through women’s leadership requires a free mindset, autonomous organizing, and the power of self-defense.

A revolution does not take place in the course of a day.Revolution means a phase of incomparable resistance. The women’s revolution in Rojava and North and East Syria is still not complete, but it continues to evolve. Our revolution is faced with new attacks on a daily basis. Especially the fascist Turkish state, which is an enemy of women, tries to destroy our revolution by carrying out brutal attacks that rise to the level of full-scale warfare. In the occupied areas, it is carrying out feminicide against women. In its barbaric attacks, it specially targets female-leadership. It does this because it knows the leading role of women within the revolution, and is trying to destroy the will of our people to seek freedom, by destroying the powerful leadership of our organized women.

At the same time as the anti-sexism movement is growing at the global level, the patriarchal system around the world is strengthening the nation state. This also affects our region. The ideology of the dominant-male wants to replace the women’s revolution with a counter-revolution of it’s own. The deep hegemony of modern capitalism is on the one side opening up our region to physical attacks, as we can see in the latest offensive of the occupying-Turkish state on November 20th, and on the other hand carrying out social, economic, political and ideological attacks. This is one of the reasons why Abdullah Ocalan (Reber Apo), the philosopher behind the Women, Life, Freedom movement, is being held in absolute isolation and tortured on Imrali Island in Turkey.

As Kongra Star, this is our position on all forms of violence against women. As an answer to any attack on the truth of the women’s revolution, we will strength our organizing. Defending the women’s revolution against all forms and expressions of the patriarchal and state mindset means undertaking a radical and unprecedented struggle. We are the leaders of this revolutionary struggle. We are the followers of those who have been martyred for freedom. We are the seekers of a free life, found in the light of the truth of Abdullah Ocalan’s philosophy.

From Western Kurdistan and North and East Syria, to the Middle East and onto the whole world, we will succeed in the second women’s revolution. By strengthening our leadership, organizing and the power of self-defense, we will turn the 21st century into a century of free women and people. Our aspiration is great, our hope is strong, our faith is as bright as the sun.

With an understanding of the need for struggle, we call on all the women in the world to take their place in the revolution. We must make sure that not a single woman is left unorganized. Because today’s struggle is as necessary for all of us as bread and water. This is the situation we find ourselves in. The opportunities to build free life are stronger than ever. But at the same time, the threat to the women’s struggle is also great.

In order to defeat all these threats and seize this golden opportunity to bring down the patriarchal system, we will intensify our struggle against all forms of violence against women and the male-dominated mindset. Under the slogan, “Women, Life, Freedom,” we will strengthen our leadership in the process of building Democratic Confederalism of the women of the Middle East. We must make our century the era of women’s liberation by supporting the women’s revolution! 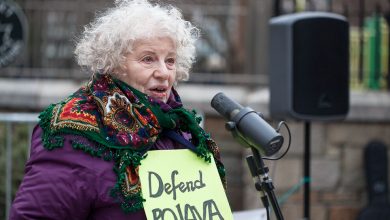 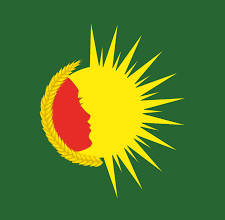